Malik Jefferson scored two touchdowns and Cody Barton intercepted two passes and returned them for touchdowns as No 16 Utah beat Colorado 28-13 on Saturday. Utah (4-1, 1-1 Pac-12) remained unbeaten in its new… 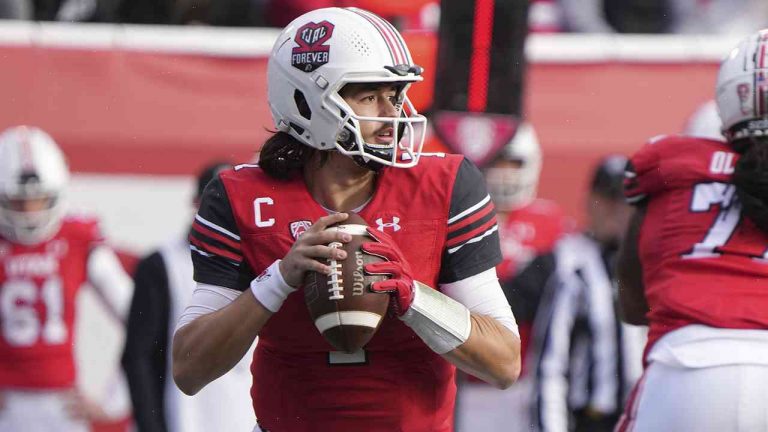 Malik Jefferson scored two touchdowns and Cody Barton intercepted two passes and returned them for touchdowns as No 16 Utah beat Colorado 28-13 on Saturday.

Utah (4-1, 1-1 Pac-12) remained unbeaten in its new home stadium, one day after the Utes opened the Pac-12 with a stunning loss to a then-unbeaten USC team. They were finally able to end the lingering frustrations with the defense, ending Colorado’s winning streak at seven games and moving closer to an eighth consecutive bowl berth.

“As coaches, we never learned how to coach losses,” Colorado coach Mike MacIntyre said. “We wanted to be the first to win the Pac-12 South. And you never have a good feeling when you lose.”

Jefferson and Barton were again magnificent in the end zone, returning picks for scores to carry the pressure off Utah’s defense in the final minutes. Barton picked off Stevens on the second play of the second half, then returned a tipped pass 14 yards to the end zone.

Utah led only 7-6 when Jefferson ran 40 yards for his second touchdown with 13:13 remaining in the third quarter. That was the game’s only score in the final three quarters.

The Utes beat a Colorado team ranked in the Top 25 for the first time since 1963.

With 12:35 remaining in the third quarter, Barton’s interception of Stevens led to a 3-yard run by Arrendondo.

Utah had gained 201 yards on the ground in the first half, but racked up only 45 in the second half. The Utes gained 319 yards after halftime and held a 43-20 advantage in total yards.

Colorado had claimed five of the last seven Pac-12 South titles, including the past two, but will have to wait until 2019 for another shot at the first title outright in conference history.

The Wildcats took a 6-0 lead on Steven Montez’s 1-yard touchdown pass to Phillip Lindsay with 5:13 left in the first quarter.

Jefferson’s 1-yard run with 4:11 left in the first half gave Utah the lead. The Utes also scored with 3:32 left in the second quarter, with Arrendondo powering his way in from the 1. That gave Utah a 14-6 lead.

The Utes scored on their first drive of the second half on a 9-yard pass from Barton to Jaylon Johnson.