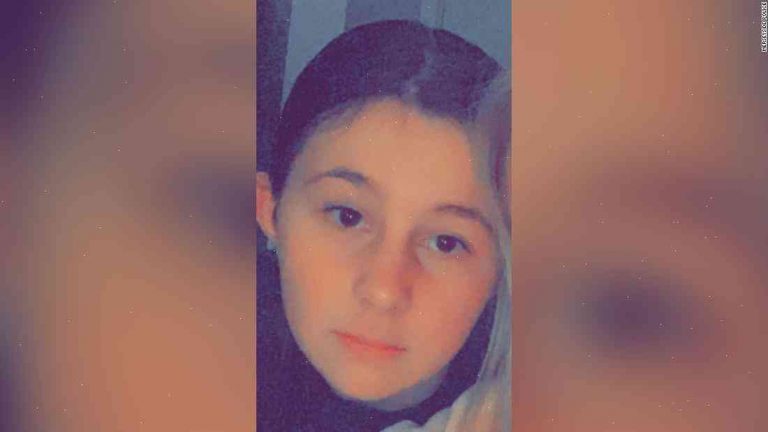 A murder investigation has been launched after a 12-year-old girl was killed in an assault in Liverpool city centre.

Her grandmother was left seriously injured after she was punched as she walked with the young girl on Thursday evening.

The girl, who has not been named, was taken to hospital but died a short time later.

The victim’s grandmother and other two females were taken to hospital but have since been discharged.

A 46-year-old man and two 16-year-old boys, both from Liverpool, have been arrested on suspicion of murder and have been released on police bail until 18 April.

The boy, who is 16 and was also known to the victim, has been charged with murder and will appear at Liverpool Magistrates’ Court later on Friday.

The area was cordoned off and forensic experts were brought in to carry out a number of tests at the scene in Hamilton Street.

Detective Superintendent Jason Taylor, of Merseyside Police, said the attack was a “horrific and cowardly attack” which occurred “like a scene from a film”.

“These devastating events have claimed the life of a young girl who was going about her daily life at the time,” he said.

“She is believed to have been walking along with her grandmother who was also left seriously injured but has now been discharged.

“An investigation is now ongoing to establish the full circumstances of this unprovoked attack and the circumstances which lead to these women sustaining serious injuries and led to the death of the young girl.”

In a statement to the media, the victim’s family said she “had a bright future ahead of her and had been going out that night with her grandmother just as she always did.”

The family said they were “shocked and devastated by the events that have led to her death and our hearts go out to her family”.

One friend of the family, who asked not to be named, said the girl’s family were “terrified” by what had happened.

“To lose a daughter is the worst thing. It’s awful,” he said.

The family have set up a GoFundMe page to raise money for the girl’s funeral.

A post-mortem examination to determine the cause of death is expected to take place in the coming days.

Inspector Frank Klavan, of Merseyside Police, said there had been “lots of people” who witnessed the attack and officers were keen to speak to those people.

“Officers are currently out and about trying to identify and speak to as many people as they can who have relevant information as to what occurred at the time of the incident.

“Any witnesses who have not already spoken to police but have witnessed the incident or the aftermath are asked to contact officers at Merseyside Police.”

Top dealers: Where are they caught?

Liverpool City Council leader Mike Whitby paid tribute to the “bright young girl” who had “family here in Liverpool and many friends”.

“I can’t begin to imagine what the family are going through at this terrible time and my thoughts are with them,” he said.

“I can’t wait to see the swelling go down on her grandmother’s face as we all do everything we can to assist them at this difficult time.”

Chief Superintendent Stuart Hutchinson from Merseyside Police added: “If anyone who has information about this, if anyone who saw anyone behaving suspiciously at around the time of the attack, or has any concerns about any dealings they had with someone at that time please get in touch.”

Police said a large police presence remained in the area on Friday afternoon.