Written by Staff Writer An aid group has condemned the Bangladeshi government’s strict security rules for Rohingya Muslim refugees living on an island in the Bay of Bengal, claiming they are forcing thousands of… 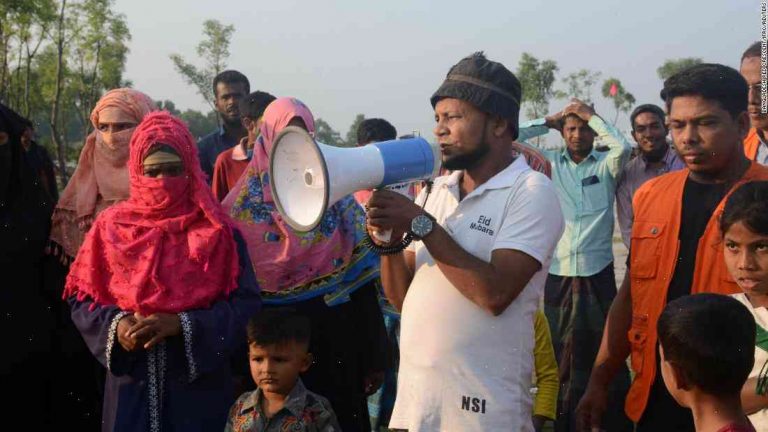 An aid group has condemned the Bangladeshi government’s strict security rules for Rohingya Muslim refugees living on an island in the Bay of Bengal, claiming they are forcing thousands of people to move by force.

For years, tens of thousands of Rohingya have been living on Cox’s Bazar island in Bangladesh awaiting a chance to relocate to refugee camps, which were opened to accommodate over 400,000 people after an influx of Rohingya fleeing violence in Myanmar in the early 1990s.

On Friday, the International Federation of Red Cross and Red Crescent Societies issued a statement warning of “serious problems” for Rohingya refugees in Cox’s Bazar as the tensions between people in the camps have grown.

At present, many of the Rohingya are confined to surrounding villages and safe areas by security checkpoints and fences. They are forced to pay bribes or agree to move “pending improved security conditions.”

“We hear in the field that local people are being forced to pay as much as $500 dollars to cross the checkpoints,” he said.

Since the launch of a “safe zones” program in the island, Rohingya have been pressed to leave safe areas such as schools and churches and enter detention centers by 10 p.m.

“In some cases, the families were informed to spend one to four days at police stations before being allowed to return home. Families were forbidden to make calls, or even if they tried, to charge mobile phones, even if they have them,” the statement said.

“We are extremely concerned for the health and well-being of Rohingya refugees on Rohingya land,” said Nadeemul Haque, Red Cross representative for Bangladesh.

“Transporting thousands of people through vulnerable territory is clearly not a feasible option for humanitarian organizations,” Haque said, suggesting that Bangladesh authorities should allow them to stay in their own country or in an alternative location, such as an “internally displaced people camp.”