On Wednesday night I was passing the council’s operations manager. She appeared concerned to have noticed a hazard on the city’s pedestrian path. Some scaffolding had been erected with the intention of taking a… 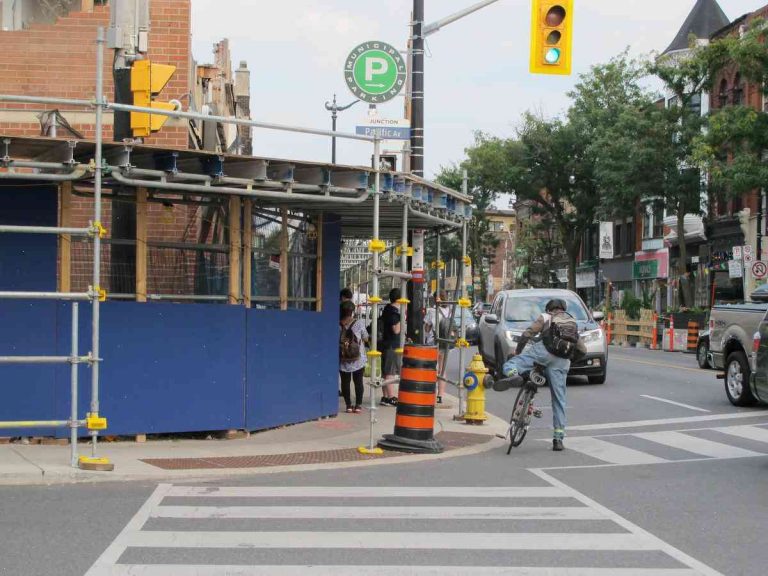 On Wednesday night I was passing the council’s operations manager. She appeared concerned to have noticed a hazard on the city’s pedestrian path. Some scaffolding had been erected with the intention of taking a tonne of glass from inside the top of the building up to the demolition team’s platforms.

This intended demolition was always taking place to avoid causing a gash in a sheer path. Its above-ground completion had previously taken place by dangling the glass up on to the lift platforms so that the scaffolding, many layers thick, could create space on the rubble levels. In order to move the rubble the machinery on the platforms had to pivot and upright to allow the salvaged glass to come out. But now it appeared that the scaffolding had disappeared inside the building.

The off-licence business opposite to me had a window near the construction workers. They saw scaffolding along the railing and a flashing light. They assumed that it was a signal to pedestrians to cross. The worker nearest to the scaffolding ordered me to stop in case the scaffolding was in danger of moving. Scaffolding is always at risk of falling because of the nature of its construction, the weightlessness of the platform and the cold. Yet the barrier was already a long way from where the workers were standing.

A decision was taken to remove the scaffolding but a difficulty was anticipated – the descent of the glass was not normally made through windows, but down chutes. This poses a particular challenge for the metalwork. This is when the risk of the glazing being damaged is greatest. Surely the precautions should be made to ensure that the glass was supported by cabling. At some point the building must be vacant for this action to be conducted. I explained this and she acknowledged that the scaffolding should be taken down quickly and safely. However the demolition fell to the appropriate team and she expected it to happen by that evening.

An hour later the metalwork fell. The same scaffolding had been set up for the operation. At this point, the scaffolding came crashing down and shattered over the metalwork. The technicians and staff had been given the information before they had begun to set up, and the demolition was delayed by seven hours. As the construction work concluded it took the engineers some time to detect the damage. The fear was that the structural engineers had not been sufficiently confident in the fact that no glass remained in the scaffolding. A team was quickly dispatched to assess the damage. A preliminary assessment showed that the windows of the drinks store were entirely shattered.

The concern was that the window cladding on the shop was fragile, but also that they were made of inferior material than the glass on the other side of the building. The concern was also that the glass on the side closest to the scaffolding had been shattered – thereby making the interior of the building very vulnerable. The windows had all been shot out, possibly by a nail.

I have reported the incident to the council, the operator of the company, and the workers who had first seen the damage. However I cannot know what action will be taken. If enough details are provided on the issues raised we may be able to make a more informed assessment of the risk to other buildings and the wider risk of falling glass.