What happens if the world’s least glamorous businesses ever stop investing in flight? The aviation industry can’t survive without creativity, innovation and exclusivity. If you want to get in, then you must be prepared… 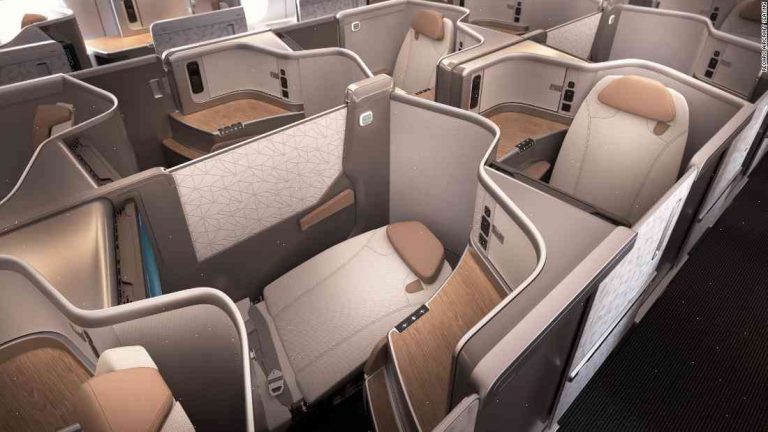 What happens if the world’s least glamorous businesses ever stop investing in flight? The aviation industry can’t survive without creativity, innovation and exclusivity. If you want to get in, then you must be prepared to pay high fees – up to $32,000 (£24,000) per flight for the privilege of staying in business class. By the time we get to luxury extravaganzas, that ticket price is rarely more than the cost of a normal ticket.

Just look at who flies business. By and large, it’s – well, business. But here’s the thing: an untapped market for business-class tickets is in the baying crowds at airports. Incredibly, high-class air travel is the last remaining market in which entry is still closed to the public, out of state of fondness for the rich. (By the time you’ve paid $32,000 a ticket, have you really got the nuts to fly first class?)

With the recession over, more executives are feeling flush. But it is inevitable that the transport authorities will eventually bite the bullet and introduce a randomised bidding system. Those companies not prepared to pay are doomed. After all, they’re already playing by the old rules – they own one of only two planes flying out of Gatwick. That means they can’t change course to exploit the economy market. The only ones who will be left are big corporations that can afford to pay the fees.

If the world’s largest firms have to fly business – they will enjoy the perks on offer, says the author of The Seven Day Business Lunch. That includes being chauffeured in either BMW X5s or Continental sedans, and flown at great speed, a quick turnaround at night (they are quick, though not speedy) and meals in a series of stylish restaurants.

That’s a whole lot of efficiency for £22,000 a head, so it won’t be long before they are asking why any significant or small firm has not discovered this revolutionary idea. Many will find it unsurprising that that these some of the major international banks are among those eager to get a slice of the action.

The rivals will be the state and the airline. The government is said to be growing ever more interested in privatising its airline assets, and wants to increase the returns from such assets. It would want to charge more for the regular services it picks up from airlines. This, combined with the growing demand for flights out of central London, should force both airlines and governments to make corporate travel even more profitable.

The real winners from this golden age will be the airlines themselves, who will eat up all the corporate air traffic by offering good prices and tidier lounges. We look forward to the old standby, the shuttle from London to London. Thank God this business doesn’t close. After all, if there’s one thing we can’t afford to do, it’s take business flights.