What does a war between the U.S. and Russia over Ukraine look like? 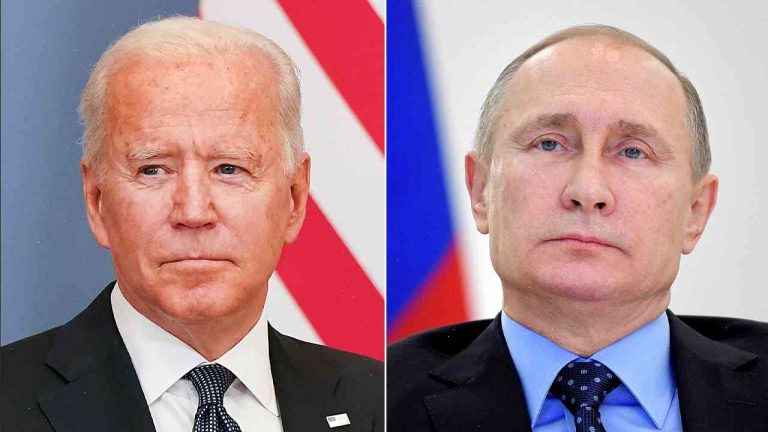 A war between Russia and the United States over Ukraine would be catastrophic, as the Pew Research Center has noted. “A war between the U.S. and Russia over Ukraine would result in war with Russia, an abrupt end to the European Union and Russian President Vladimir Putin’s own presidential term, and new chaos in the region. A U.S.-Russian conflict over Ukraine would likely end in stalemate, with neither side able to prevail and driving both sides to surrender their objectives.” The danger, it writes, would “be so great that a local conflict, potentially involving well-armed Russian separatists, could quickly become a regional conflict with broad implications for global security.”

Many have noted the current intractable situation between Russia and Ukraine. There are tensions between the U.S. and Russia over the situation in Ukraine, which both countries once represented as a Soviet republic. Though these concerns are inherent to much U.S.-Russia relations, some say the new president is unlikely to take a strong enough stance on the issue. President Obama, for example, praised the victors in the Chechen War, and also took several actions that some viewed as containing Russian aggression. And Obama went to the Sochi Winter Olympics and danced with Putin, an event that the New York Times describes as unencumbered by diplomacy.

Is there a chance of a U.S.-Russia military conflict over Ukraine? It’s too early to tell. The immediate response to the shooting down of Malaysia Airlines Flight 17 on July 17 was lukewarm, as even the U.S. Department of Defense acknowledged that Russia wasn’t the likely culprit. “We are all now clear the separatists have shot down an MH-17 airplane,” a spokesman for U.S. Defense Secretary Ash Carter said on July 17. “There is no doubt as to who fired the first shot.” As the crisis continues, Obama is starting to name some of his top foreign policy advisors, including neocon Elliott Abrams and former Secretary of State Hillary Clinton. As L. Gordon Crovitz writes at The Wall Street Journal, there’s reason to believe that the next president could be more hawkish in dealing with the crisis with Russia. Crovitz writes:

If Mr. Obama leaves office, I believe Mr. Trump would be more aggressive in handling Ukraine. More pro-Putin forces in Syria that may threaten both the United States and Russia. When President Putin wrote his much anticipated “foreign policy vision” to Russian leaders last month, he cautioned against using Russia as a wedge between itself and the West. Whether he would actually take this advice and use some of the military power at his disposal to end the U.S.-Russian proxy war in Syria or in Ukraine and elsewhere in his efforts to strengthen Russian influence remains to be seen. My guess is that in the days after the election, Mr. Trump will have the opportunity to become more hawkish than Mr. Obama in responding to a crisis with Russia in Ukraine and elsewhere. As it stands, the use of military force by Mr. Obama over the last seven years has been largely ineffectual.

Budget proposals released by both Obama and Trump don’t include much spending on military equipment, including equipment used for the Ukraine Crisis, and some military analysts say that the Ukraine Crisis is one of the few issues that the Republican and Democratic presidential candidates agree on.

What would happen if the U.S. were to begin sending weapons to Ukraine to help them defend themselves against Russia? Would fighting erupt? Who would start the fighting? If this war began, it could happen quickly. It would look a lot like the first World War, but, according to Crovitz, isn’t nearly as serious. It’s much more likely that an escalation of tensions would result in U.S. and Russian military advisers with tanks and missiles firing at each other with no end in sight.