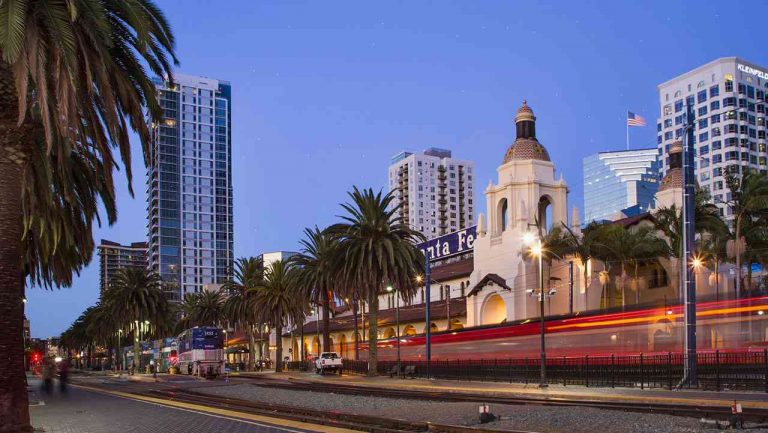 The gunbattle that erupted outside the gate to Naval Base San Diego sent even some locals who never were there shaken.

Former Navy Specialist Bill Troxell told FoxNews.com, “I literally dropped to the ground and looked behind the wall. And I was like, ‘WTF?’ It was unbelievable.”

Troxell added, “My wife and I were worried about our girls, one was home with the babysitter.”

San Diego Police said a man who had been arguing with the base security chief ended up with a knife and he began stabbing him.

A security guard received non-life threatening injuries and the man was eventually shot and wounded. Troxell reported that the man also was shot, but died.

Devin Kelley, 22, was later found dead at his home in Comanche, Texas, after he apparently shot himself. He had made a visit to a military base there, authorities said.

“It’s going to be investigated, that’s the military police taking the lead on the investigation. We’ll follow up to see what really happened,” said Lt. Kevin Mayer, a San Diego Police Department spokesman.

The base was fully operational Sunday after police searched for hours for any lingering weapons or explosives from the incident, he said.

Pope reported that the man who died was shot three times, three times on the hip and twice on the arm. He apparently stabbed himself before he was shot.

The shooting and attempted attack occurred at a gate to the Navy base. Police said they were unable to find a weapon.

While there have been past incidents at San Diego’s naval base, officials said they had no reason to believe there was a wider threat.

“We have no specific threat beyond what we’ve all seen here,” said San Diego Police Chief Shelley Zimmerman.

The identities of the shooting victims were not immediately released. The base’s location, on an El Cajon hill, means that it could possibly be a target if terrorists struck somewhere along the California coast.

The Daily Mail reports that authorities are looking for a suspect who was armed with a machete in addition to the knife that was used.

“What I saw was the shots coming through, and I look up — there was bullet holes in the guard shack,” said Jamie Hayes, who is from the nearby city of Point Loma, a community that includes the base. “I saw a guard down and I thought he was going to be OK. And then we all started hearing the shots.”

“It’s unbelievable that they got caught right in the middle of it,” he said.

In March, 13 law enforcement officers were shot and wounded, including a U.S. marshal, during a standoff at a home in a San Diego suburb.

Troxell said the base was previously the scene of two of the largest sniper shootouts in United States history.

In 1984, four servicemen exchanged more than 60 rounds with naval snipers. Then in 2002, a Navy secretary, a commanding officer, two noncommissioned officers and a lieutenant seaman were shot in a training exercise.

The Associated Press contributed to this report.