Written by Staff Writer at CNN Alexis van der Toot provides a glimpse into her experiences with the most popular show on Netflix: “Lena Dunham’s “Girls.” For a lot of guests on television, the… 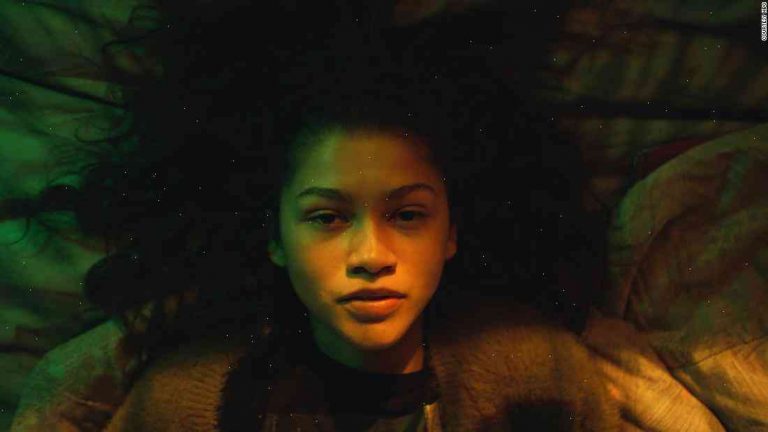 Alexis van der Toot provides a glimpse into her experiences with the most popular show on Netflix: “Lena Dunham’s “Girls.”

For a lot of guests on television, the commercialization of the selfie is about them needing to show off their “look.”

But for Alexis van der Toot, a makeup artist and former Glamour editor-at-large who has worked on “Girls” and countless other shows and films, it’s just a distraction from the more serious task of telling a story in makeup. And it seems that story is going to be set to continue as her character, the creative director of the fictional Bravado cosmetics company, is set to be killed off at the end of this season.

Fans have been speculating about “Euphoria,” Lena Dunham’s upcoming political comedy, for months, but few have guessed that her older character would be killed off in the first season. And now that the show has begun its first run, the recent death of Shoshanna Shapiro (played by Zosia Mamet), which was announced on the show’s first episode, has been the talk of social media.

Image of death and rebirth

“It’s definitely the biggest shock (of the show) so far, because it’s almost inconceivable to think Lena is going to kill off Hannah,” van der Toot said. “It’s just sort of a shock.”

She spoke with CNN at Mercedes-Benz’s “Tales from the Trenches” event in Los Angeles on Thursday, where she was promoting her new book: “How to Make a Beauty Editor Look Good: The Secrets of My Successful Life.”

“I’m dying inside,” she said, noting that she has “never been that close to death in my life.”

“I do have survivor guilt, especially since I was living in New York City when 9/11 happened.”

In the book, she spoke about her worst fears: “I hate needles, breathing, shrinking. I got blisters from putting makeup on; it doesn’t even go up your nose, it goes down your throat.”

Speaking to CNN, van der Toot said it was clear that the death was going to happen to Shoshanna in the last episode of season 4. She had ended up in a hospital, “because she had a panic attack — which happens to a lot of people when they’re the age she is. It just wasn’t a good time for her.”

“I was writing my first book in 2015, when the first season of ‘Girls’ aired, and it just felt like the right thing to write about,” she added. “It was my own anxiety about ‘when I’m old and famous, how do I try to give back?'”

Prior to “Girls,” van der Toot had appeared in “Hamilton,” alongside Lin-Manuel Miranda.

Unlike the characters on the show, van der Toot’s career has already taken off: she wrote her book in five weeks.

“In real life, we were saving the day,” she joked of writing, “which is what we had to do with ‘Girls’ — we were pulling the whole thing together in a heartbeat.”

“I guess my writing isn’t quite that exact — I mean, my books do have bits of my work in them, but not that much, because then it would be counterproductive to what’s actually going on in the show. In real life, I don’t do that kind of compartmentalization, which is kind of what Allison Williams is experiencing.”

Despite feeling nervous about the loss of one of her biggest projects, she said she feels more confident now that she has “gone through the experience.”

Image of change: van der Toot’s character on the show is set to be killed off next season. Courtesy: Alexis van der Toot/Facebook

“I think when you’re starting out in this business, you feel scared, like you have to protect yourself, like you have to be this person or that person,” she said. “I think I’ve built a great base from which I can build on, which means the potential that I can do anything is there.

“I don’t want to do every show I’ve been asked to do. But the world would be beautiful if I did that. That’s the dream.

“The best work I’ve ever done has been in this area. There are some things in this business that you just can’t avoid.”

“Euphoria” will be released later this year.