Stephen Sondheim on his famed lyrics, blindness and perseverance

Written by by Lee Carlock, for CNN “A Raisin in the Sun” and “West Side Story” legend Stephen Sondheim will be remembered for more than his three Pulitzer Prize wins and his three Tony… 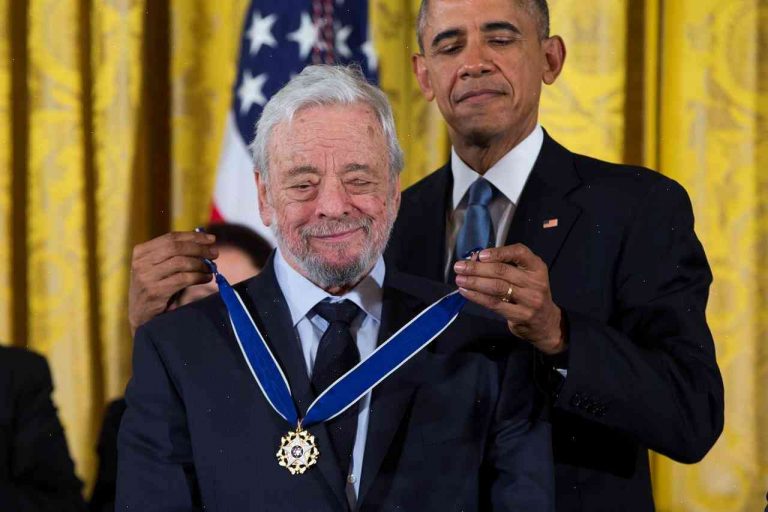 Written by by Lee Carlock, for CNN

“A Raisin in the Sun” and “West Side Story” legend Stephen Sondheim will be remembered for more than his three Pulitzer Prize wins and his three Tony awards. Through four decades he was among the most influential and beloved figures in popular music.

I met him at age 18. “None of your friends have any money,” he told me on my first day in Broadway, when I asked him how to become a successful musician in the theater.

“How about money?” he asked, with quite the mischievous smile. “Have you ever read ‘Stagger Lee?'” he asked, referring to the 2014 Broadway revival of his drama “A Raisin in the Sun.”

He seemed cheerful and cheeky in person — his eyes almost bursting with mischief — and I was intrigued. So I gave him a call and we agreed to meet up.

That was 30 years ago. We started chatting in the last of his beloved brown leather leather sofas around a kitchen table of sorts that came with a gold, living-room-style canopy and set in the plush dressing room of the finest restaurant on Park Avenue, called the Peninsula.

Chairs lined the dark floor. Sondheim, dressed in a brown, plastic-sheathed nylon capri pantsuit and bare feet, munching pizza and passing around shinguards and soda, meandered in and out of conversation, often updating himself on the Broadway musical revival of “Anything Goes” and then showing off an original lyric he had penned for the great Tony Award-winning musical “Gypsy.”

Notably, for this relaxed dinner, Sondheim wore glasses, not for the first time. It was 1964, and the reality of his life was that he was in the grips of a painful — not to mention occasional debilitating — disease.

In fact, on any given day, Sondheim was the epitome of perfectionism, if for no other reason than to challenge himself at all hours. He turned his work into something that would inspire people to try to find themselves in the world.

(CNN) — A healthy Stephen Sondheim, the man who conducted a health seminar for Y-90 students in Hawaii this week, is still needed.

The musician-poet-actor-playwright suffers from multiple sclerosis, which affects his vision. It’s something he comes back to every day. “I tell my students, ‘It takes courage to walk from my house to this house, or walk from this house to the next house.’ Sometimes, you go from your house to the other house, and you come back. Other times, you come back in one day and you don’t know where you are. It can happen to anyone, but not to me,” he told CNN.

One is reminded of the challenges of getting back to anything in everyday life, in every job in every part of life. We aren’t prisoners of our lives, but we can — and do — make life as difficult as possible in terms of what we do, how we do it, when we do it.

Some mornings, he wakes up at 4 a.m. In a disease that can lead to strokes, dementia, depression, depression, and double vision, he maintains a positive attitude and a commitment to getting up every day, working, dancing, volunteering and living his life.

“‘West Side Story,’ it’s only number 1,” Sondheim told me of the Broadway classic after it ended its Broadway run in 1956.

He spent 30 years, he later said, tapping into that hunger on the Broadway stage. I’m not sure it can be put into words — I haven’t actually met him the morning after I hear the words — but I can guarantee that it will be worth it.