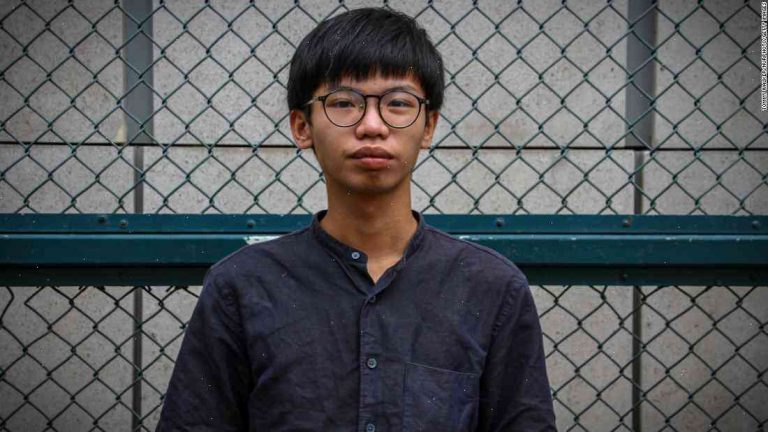 An 18-year-old Hong Kong man has been jailed under the city’s national security law for attempting to engage in illegal political activity.

The man, identified as Kwek Mak, was convicted on two charges – supporting the outlawed Hong Kong Indigenous party and rallying against a government resettlement programme.

The case is the latest to highlight Beijing’s growing tightening grip on the semi-autonomous Chinese city.

It enjoys freedoms not enjoyed on the mainland, with full democracy and freedom of expression.

However, China is expected to nominate a loyalist candidate to be elected chief executive later this year, which many fear Beijing may restrict.

Some exiled groups have since returned to Hong Kong, fearing further crackdowns.

Beijing has denied that it is intent on further compromising Hong Kong’s autonomy or freedoms.

Speaking after the verdict, the man’s lawyer, Edwin Ng, expressed concerns over the legality of the case.

“It is a very serious and unfortunate case. After 18 years of constitution-making, the Hong Kong government still couldn’t win this one,” he said.

“It is because of this that we are actually anxiously waiting for the interpretation of the Basic Law, specifically article 86, which has already been downgraded a number of times.”

The China Daily, published by the Chinese government, described the case as “a farce”.

“How this also fits the mainland’s national security goals – to counter separatist elements – is hard to understand,” it said.