Written by Staff Writer at CNN As news broke of Tokyo’s defeat in the Davis Cup quarterfinals, David & Buster McEnroe received a call from the New York Public Library, confirming the online archives… 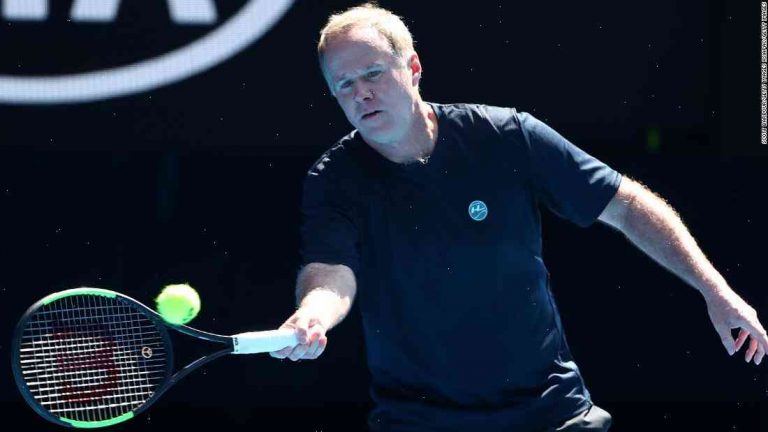 As news broke of Tokyo’s defeat in the Davis Cup quarterfinals, David & Buster McEnroe received a call from the New York Public Library, confirming the online archives of Vanderbilt Tennis magazine had just caught a significant piece of tennis history.

“You know it was fascinating and I think everybody involved was surprised that it was true,” recalled Brian McGrath, an avid Davis Cup player before and after the magazine’s day was handed over to his brother Patrick, the eventual US Open champion, and its publisher/editor, Jeff Lewis.

Two recent entries caught the attention of Billie Jean King and Billie Jean King-Wimbledon Lifetime Member Pattie Burgum. Both read the feature covering Norman Brophy, a Canadian-American who in 1950 became the first Canadian captain in a Davis Cup tie, and assumed the scoop had come from someone working with the magazine, rather than from club members.

A key revelation: Norm was the younger brother of tennis legend and participant in the match, Norman Brophy. “It was tremendous,” said Richard Williamson, the US Open Tournament Director during that period. “From where we were in 1982, it was awesome to see this incredibly small-town guy, Norman Brophy, succeed and take all of Canada with him.”

While representatives for the Cincinnati ATP, the Cincinnati Tennis Club and Roger Z. Stokke Tennis Center declined to share further information, it seems possible at least some of the website may have been a significant contributor in the online archive.

McGrath believes Thomas Colangelo, who grew up next door to Norman Brophy’s sister Ida, may have been the first to reach out to the brothers. But most researchers see a link between Arthur Frazier, who moved the original paper to Indiana in the 1970s, and Stephen Austad, who was their editor until his death in April 2016.

“Stephen had a point of view. He was not a traditional tennis writer and I think that by looking at the piece in VLT, especially the references to his half brother Norman (Brophy), it’s curious,” McGrath said.

The two also, however, felt Stephen had perhaps played a major role in alerting tennis writer Tom Houston, with whom they were involved for one night at this year’s National Tennis Hall of Fame on the National Mall in Washington, D.C.

“For me it was like a punch to the gut, this was something that I believed had to be true,” Houston said. “But I didn’t know what the first evidence was that would support it and I’m grateful that the research community came together and was able to find it.”

Still others point to a 1971 online story by Keith Harvey titled, “Yesterday’s American Davis Cup: Wheaties Tackles the Greats.” His text was accompanied by a set of photos and a cartoon by John Hartl.

Harvey, a great tennis writer during his time at Tennis Digest, could not be reached for comment. But Mike and Chris Hansen at Simon & Schuster did confirm the book included a story about Bob Brophy, Norman’s brother and Norman Brophy’s assistant, who moved from Buffalo to a rural post office near his brother Norman’s school in the city of Selkirk on the New York border.

“I played for the Canadian team the other day and felt the better playing the better we were going to win. We always had someone good like Brophy around. Even the Flying Dutchman (John Newcombe), who was a kid when he won Wimbledon, had a key role in winning that tournament,” he said.

“Did you remember he used to play racquetball on Wednesdays at the bowling alley next door to the tennis club? There was a big banner for Winnies Bowling Alley. If you didn’t know about it you wouldn’t realize he went there every Wednesday to practice his game.”

There is no issue with the original VLT piece being published but, possibly as a tribute to the source, Houston or Brophy, a book proposal to be compiled in November is said to contain 60 references to Norman Brophy.