It started with a timely phone call from U.S. Ambassador Karl Eikenberry, who was trapped in a U.S. compound in Kabul in September 2009. The Taliban had overran Kabul, he told her. His office… 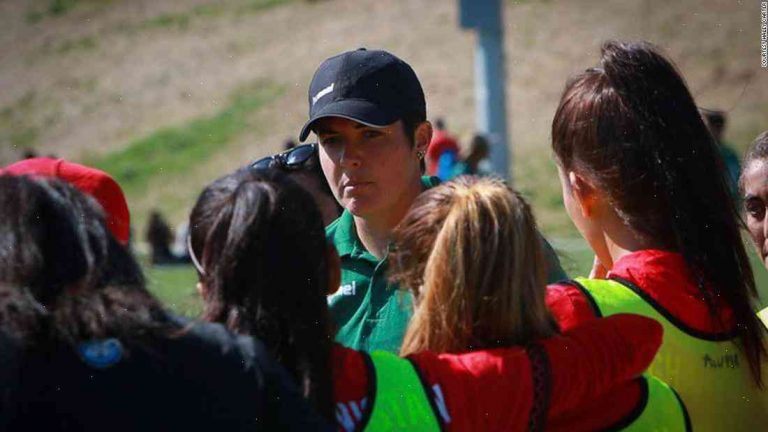 It started with a timely phone call from U.S. Ambassador Karl Eikenberry, who was trapped in a U.S. compound in Kabul in September 2009. The Taliban had overran Kabul, he told her. His office building was under siege.

But despite her father’s plea for his wife and three children, she insisted she would wait a few more days for word on an evacuation. Just two weeks later, she got a call from Eikenberry again: The ambassador was alive and in town, but they needed to get him back to Washington.

Rebekah Dietrich was still married to Matt Moyer, whose father, Cheryl Moyer, had been his teammate at a high school basketball team in Denver. She now felt compelled to offer her skills as a human rights expert and business-school classmate of the ambassador to get her team and others out of Dodge.

Moyer’s wife and children had been freed. Moyer was flying home to bring his injured father home. Dietrich was headed to a hearing to help foreign observers clear the border, and she became an ambassador’s aide — first to an embassy in Kabul and then, in the spring of 2010, to a U.S. consulate in Peshawar, Pakistan. The consulate would be the closest American facility to the high school that the Moyers’ daughter Luka had begun a season at.

She advised the American consul general there how to lift visas temporarily, ease access, transport the orphans and bring visas back so they could finish the school year. “We helped him find an apartment and insurance,” Dietrich said of Luka’s temporary citizenship in Pakistan.

Dietrich took a trip with Luka to her old basketball court to work out, met Matt Moyer’s friends, and finished the 2009-10 school year. She was plotting a trip to Pakistan with her Afghan family.

In August 2010, Al Haqqani, a Taliban leader, was still urging the U.S. to pull out of Afghanistan. A top Taliban commander slipped into a remote part of eastern Afghanistan and ordered U.S. forces to vacate. It was an order they complied with. The next day, Saturday, dawned bright, and people in Kabul left their homes to walk to the city’s main market to buy groceries.

For the first time, Jehnanullah began walking home from work with his wife and children to the rocky, deserted shore of a small lake. His stepfather says he had noticed Jehnanullah had become more sensitive to verbal, subtle attacks that the Taliban had leveled against him.

And yet his father said he had hoped his son could push it through and live another month in good health. He felt he’d had enough. So the family walked. Of the 10,000 people on the road, their journey took just under three hours.

Their route through the mountains cut through the blistering desert heat and around groves of trees and desert shrubs and nomads dancing to the Afghan national anthem. Theirs was a “ragtag group” of single mothers who split up to walk in slow packs. Occasionally, Jehnanullah stopped long enough to ask the other women to throw him new sandals.

He weighed only 95 pounds in the 100-degree heat. In late August, they made a break for a hamlet in the desert, about two miles from where the highway meets the road to the valley. Soon enough, a pickup truck arrived to pick them up.

But there was nowhere to take them on the journey south, as many trucks were filled with people moving south in search of job opportunities in the nearby city of Herat. Another brother drove the truck, holding a tire drum that would not fit through a fence to the flatbed of the truck.

So they had to walk some more, facing falling stones that they could’ve broken, two small girls to protect and water standing in the rocks underfoot.