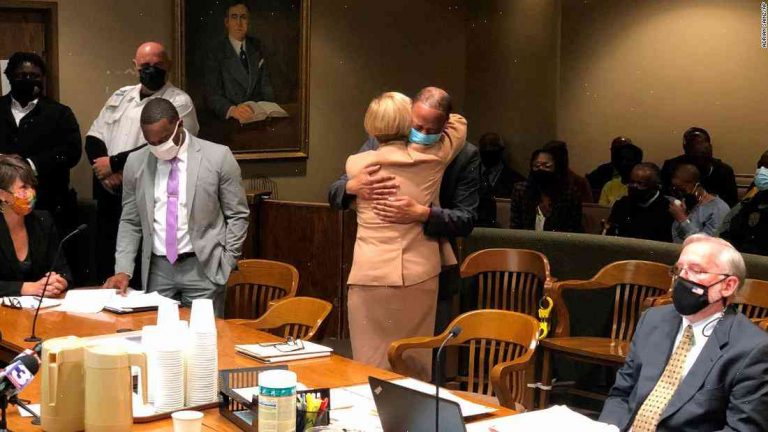 By Robert Marcin and Julie Revelant

RALEIGH, N.C. — The death sentences of four people who were to be executed in North Carolina for crimes they say they didn’t commit were vacated Friday.

The United States Supreme Court ordered the stays based on their 2002 cases. The justices said it won’t issue rulings on appeals involving those four cases.

One of the affected inmates, Pervis E. Payne, may still seek the execution of the death penalty, if one is on the books, the appeal said.

Payne’s latest bid to stay his execution will continue, said his lawyer, Luke Carrethers. “The writ of habeas corpus filed on behalf of Pervis E. Payne is being under review,” he said.

“We anticipate the stay in this case will be vacated within a reasonable period of time.”

“These four cases are very similar,” said attorney Alfred Louis Lackey. “The state lawyers picked the wrong guys. I am all for the rule of law. I’m all for trying the weakest of the weakest, but we’re not dealing with Mr. Payne.”

Payne, who was convicted in 1993 of shooting and killing a man in 1989, was to have been put to death Sept. 28. All of the other inmates, as well as Lackey, raised allegations of prosecutorial misconduct, just as Payne and an Akron, Ohio, man, Roscoe Pugh, had done.

In Pugh’s case, the Supreme Court vacated the death sentence on Thursday. Pugh was to have been executed Tuesday in Virginia.

The justices sent a one-sentence order to say they had denied Pugh’s appeal of his conviction and death sentence based on a previous Supreme Court decision that threw out the death penalty for eight men, including Pugh, whose appeals had been on hold for more than a decade.

State courts used that case to overturn the appeals in the Payne and three other men, North Carolina Assistant Attorney General Mike Mathes wrote. That Supreme Court ruling did not allow for an individual sentence to be considered different from a group sentence, he said.

Both sides got involved in the Payne case first. A state court agreed that Payne’s conviction and death sentence were wrongful, finding that there was prosecutorial misconduct.

Payne had contended that a state investigator was untruthful during an interview in which he claimed to have done a background check on his cousin. The report said nothing about any violence in Payne’s family, despite the state’s assertion that Payne had a violent upbringing and was a child-snatcher.

Carrethers acknowledged that evidence suggests Payne might be the killer, but “if there was misconduct in this case, it was committed by a flawed prosecution,” the appeal said.