The Dallas Cowboys offense failed to score a single point in Thursday’s Thanksgiving Day game against the Las Vegas Raiders. A 4-0 deficit went up to 18-0 after a dismal first quarter for Dallas,… 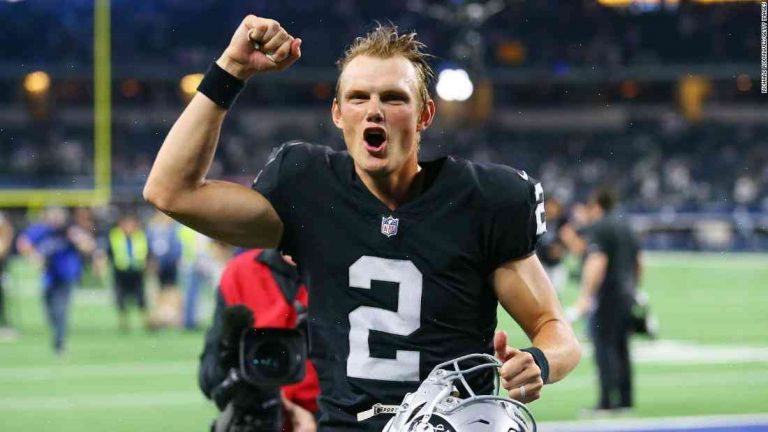 The Dallas Cowboys offense failed to score a single point in Thursday’s Thanksgiving Day game against the Las Vegas Raiders. A 4-0 deficit went up to 18-0 after a dismal first quarter for Dallas, which the team was missing leading receiver Allen Hurns. The Oakland offense then exploded for 27 points in the final 40 minutes of the game, following a game-tying touchdown pass from Dak Prescott to Dez Bryant with less than two minutes remaining in regulation. That capped an eight-point comeback that sent the game into overtime.

But in the end, Oakland quarterback Derek Carr engineered another game-winning drive, completing four straight passes on an 11-play drive. The Raiders won the game 24-20 in overtime, in which the Cowboys were unable to generate any scoring opportunities.

Following the game, Cowboys coach Jason Garrett admitted that he didn’t “think we were fast enough” on defense. The team missed Hurns in the entire game. Hurns was the Cowboys’ number two receiver behind star Dez Bryant. He was involved in a heated altercation with Philadelphia Eagles safety Malcolm Jenkins during the Week 1 game between the teams, which ended with Bryant being suspended for the game.

What happens after Week 1 is as crucial as any game of the regular season. And Dallas is really only going to play this much in the first round of the playoffs if they can get to that point.

The Cowboys will likely be without some of their best defensive talent in the first few weeks of the season, however, as two of their leading pass rushers — Jaylon Smith and DeMarcus Lawrence — are currently injured.