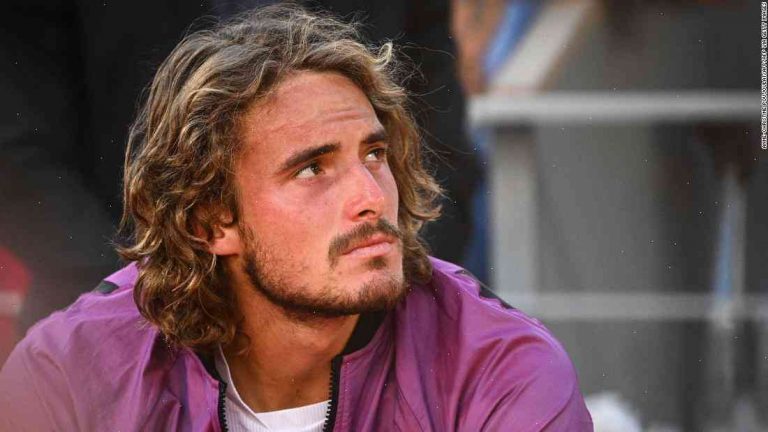 Greek teenager Stefanos Tsitsipas is refusing to take flu vaccinations in a bid to bring about ‘vitamin neutrality’ at Grand Slam events.

Tsitsipas, 18, plays Australian Nick Kyrgios on Monday in the second round of the Aegon International at Eastbourne.

His decision contrasts with that of world number one Andy Murray, who said he would take them.

“I believe it should be compulsory,” Tsitsipas told the ATP Tour website.

“If the players had to take the vaccine it would make us healthier, we would feel better and we would not transmit any side effects or sickness.

“In every sport, health is always a huge priority and it’s a shame we have to watch others getting healthy.”

World number 44 Tsitsipas beat fellow Greek Stefanos Tsitsipas at the Australian Open and in the previous round of qualifying for the French Open.

All of the world’s top seven – including Murray, Novak Djokovic, Rafael Nadal and Roger Federer – have taken flu shots, although Djokovic confirmed he had switched to saline tablets.

“When you get more fit and recover well, it’s the same for everybody,” said Murray, whose defeated David Goffin by winning the Aegon Championship in London last week.

“It’s the way to get down to these lower numbers [vital immunisations].

“Even though I’ve played a lot of tournaments and I’ve had some time off, having some days off the court, and not having to travel, certainly benefits me from having some vaccinations.”

Tsitsipas’s forehand – his preferred shot – is a fraction faster than his opponent’s serve and he says that his game plan is to try to hit balls deep and often to try to shorten the rallies, rather than to try to punch winners through the gaps in the forehand side.

“I’m going to put him in a tricky position at the net,” said Tsitsipas.

“It’s something I pride myself on. I’m trying to find these holes and try to hit them all the time.

“I think it’s working. I’m doing a good job. I’m not a guy that is trying to hit winners into the corners. I’m trying to hit deep.”